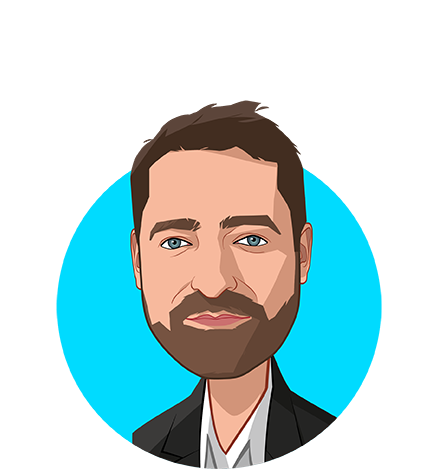 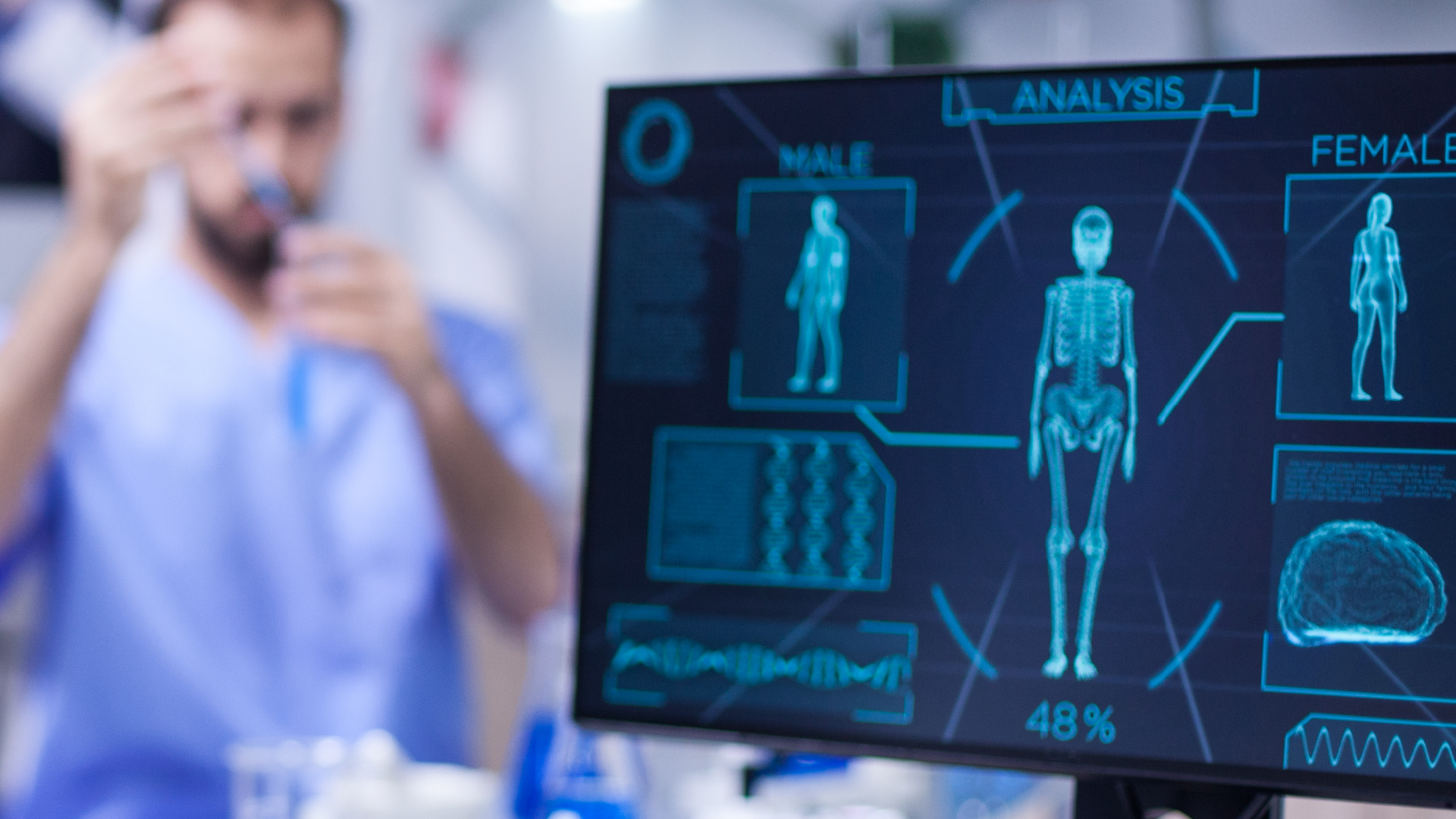 The mammoth efforts of governments, researchers, and health care institutions over the last year have shown us just how far we can collectively take our best ideas when we put our minds together. With lightning speed, revolutionary messenger RNA (mRNA) vaccines have been developed and used against the coronavirus that causes COVID-19, a defining global health challenge of our time.

But what happens when the crises caused by the pandemic are over? The world is jam-packed with great ideas that will either never get off the ground or take decades to move to market. For instance, it took nearly half a century for the innovations and research driving the development of the mRNA vaccines to impact the lives of patients.

It shouldn’t take a crisis to move the needle on innovation in healthcare. What are the roadblocks? Among various reasons, two seem to emerge: Some innovators don’t understand the complex healthcare ecosystem in which their ideas will evolve and many stakeholders haven’t adopted a process for identifying, developing, and scaling projects that could have the highest translational success rate.

Fortunately, there are solutions. For nearly two decades, my team and I have been fighting tirelessly to create what we think to be new therapeutic opportunities for patients while also paving a path for other innovators. To help entrepreneurs like myself, I realized it was critical to develop a model that serves as an on-ramp to innovation. This model has been fundamental to the growth of my own company, Nanobiotix.

Nanobiotix has been one of the pioneers in the application of nanotechnology in medicine for more than 18 years. Our lead product candidate is a potential first-in-class radioenhancer called NBTXR3. The concept behind this innovative product is simple: Leaning on the universal principles of physics, we designed nanoparticles that can be injected directly into virtually any solid tumor and activated by radiotherapy. The physical properties of these nanoparticles increase the dose of radiation delivered within the tumor without increasing the dose in surrounding healthy tissue, inducing significant tumor cell death. Data also show a potential priming of the immune system to attack the targeted tumor as well as metastatic tumors. But at the time Nanobiotix was founded, the medical application of nanomedicine was nascent, and explaining our unique physics-based approach to medicine had never been done before. We knew that translating our technology into a therapy that could help patients was the ultimate goal. We believed in the science — but how could we get the buy-in of investors, regulators, healthcare professionals, and the pharmaceutical industry? Only after we could describe what, why, and how we approached bringing new drugs to market were we able to inspire people to join and support us.

It was a little like being the first man on the moon: We only had one shot at telling people back on Earth what it was like to take that “first small step for man.” It was an exciting day when our efforts to translate our science and vision were successful. Our stakeholders — both internally and externally — not only understood our language, but they started speaking it as they shared our vision (now their vision!) to a wider healthcare ecosystem. Our first small step had become one giant leap forward, and the momentum helped carry us to our first European market authorization for NBTXR3 to treat patients with locally advanced soft tissue sarcoma in 2019.

Standardizing a Process to Support Innovation

Helping other innovators take their own “first small step” became one of my passions. In 2012, I was elected vice president of the European Technology Platform on Nanomedicine (ETPN), an initiative led by industry in partnership with the European Commission to address the application of nanotechnology in healthcare and provide guidance on the startups developing the best ideas, and helped found the ETPN’s HealthTech Translation Advisory Board (TAB).

When I first began my work with the board, there was no process for choosing these startups. With so many thousands of ideas to choose from, we didn’t have the bandwidth to focus on them all. We realized quickly that we needed to standardize the way we identified and accelerated the startups with the most opportunity to breakthrough and have an impact for patients. To do this, we set specific criteria based on scientific merit and industrial viability. By prioritizing startups that met our criteria, we were able to identify 50 proposals to support rather than trying to focus our energy on thousands of concepts and hoping for the best. For example, TAB beneficiary RUBYnanomed developed the RUBYchip — the first non-invasive cancer progression monitoring device that isolates circulating tumor cells (CTCs) through liquid biopsy. Now this product will have an opportunity to have a meaningful impact on patient health.

Unfortunately, in the world today, we don’t always select, and then support, the best ideas from concept to market.

For 40 years, biochemist Katalin Karikó believed in the therapeutic potential of synthetic mRNA to teach the cells in our bodies to make their own medicine. She sought grants and corporate funding to support her work, but she was again and again denied.

Undeterred, Karikó eventually proved that yes, we can design mRNA and potentially use it to create proteins that might vaccinate against disease, mend damaged tissue, or even reverse certain diseases. Despite her innovative research, she wasn’t given much industry support, and she was left — with the assistance of only a few close colleagues — to translate her own vision.

Today, it’s hard to imagine a healthcare ecosystem that doesn’t include mRNA vaccines, but without Karikó’s dogged commitment, she might never have had the opportunity to lay the foundation over which a golden age of vaccinology was built. Of course, not all researchers share Karikó’s stamina, and it’s easy to see why, without the proper support, some of them might give up. To date, about 1 million papers from clinical trials have been published. While billions of dollars are spent each year on this research, about 85 percent of it fails to make a practical impact.

In the world of healthcare, untold numbers of great ideas fizzle out before they ever have a chance. By carefully selecting and supporting novel projects, we can focus our efforts on those that are truly worthwhile. And when it comes time to finance and develop these projects, rather than wasting billions of dollars on ineffectual research and diverting resources from those opportunities to provide potentially life-saving opportunities for patients, we can spend a whole lot less to shape the ideas that truly improve, enhance — and even expand life for people around the world. 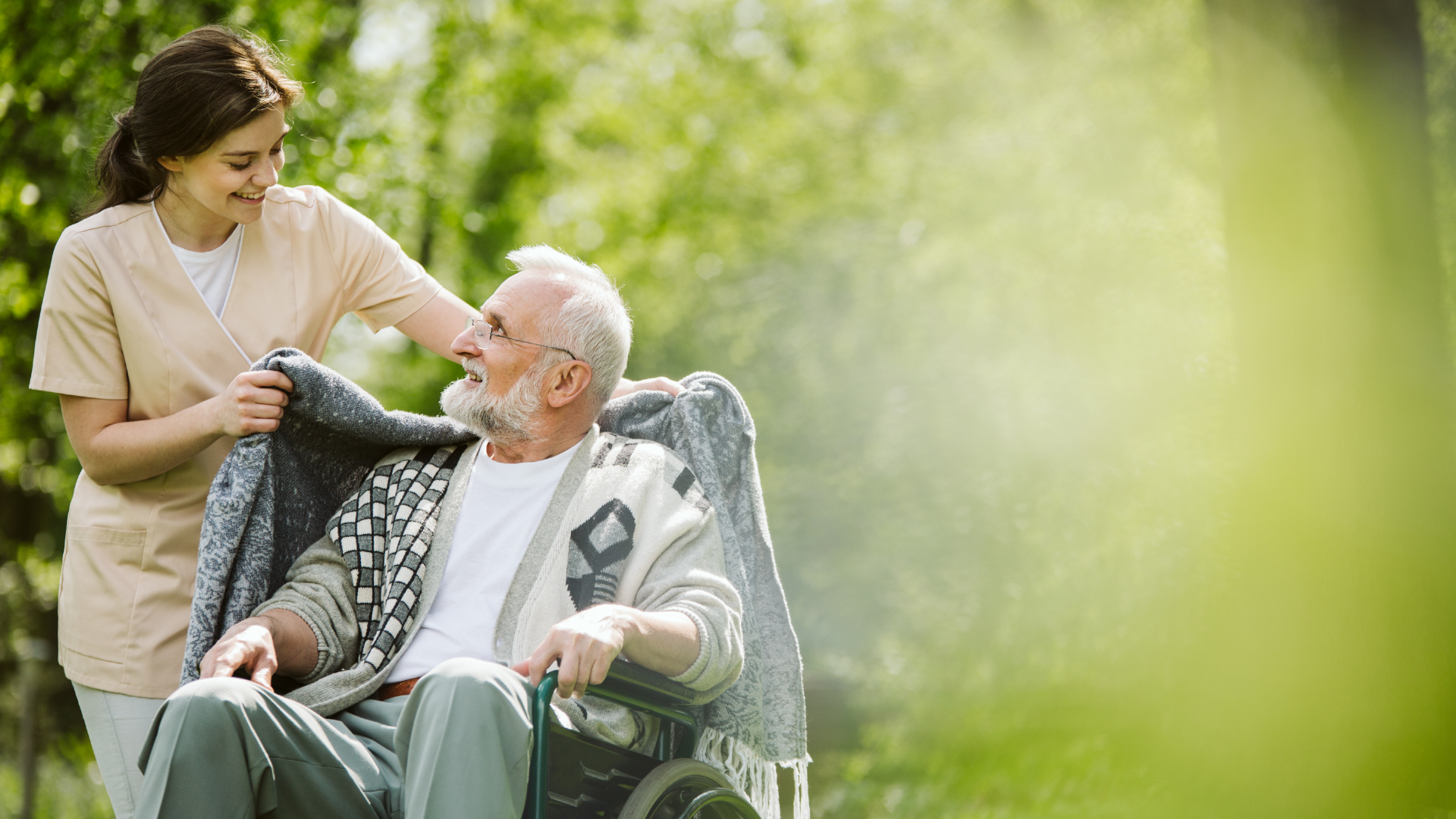 Let’s Start Asking “What Matters Most?” Instead of “What’s The Matter?” 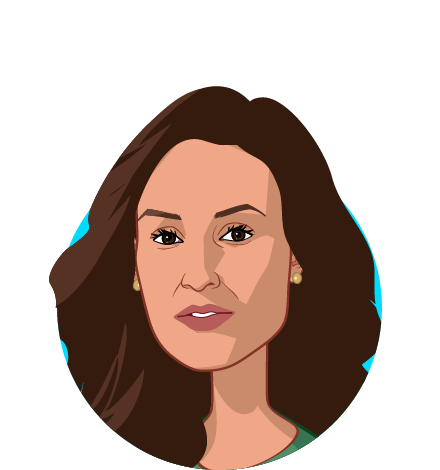 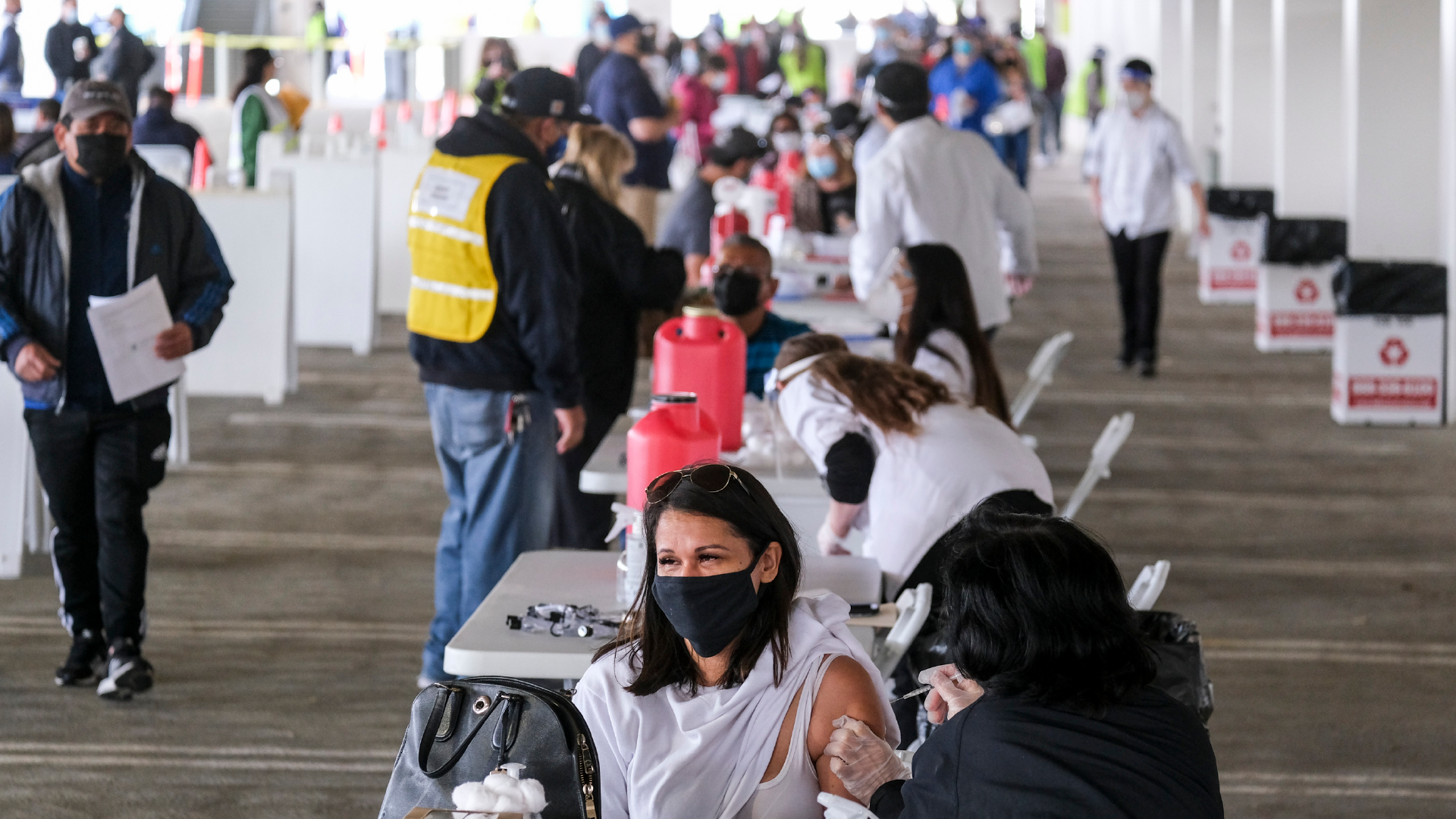 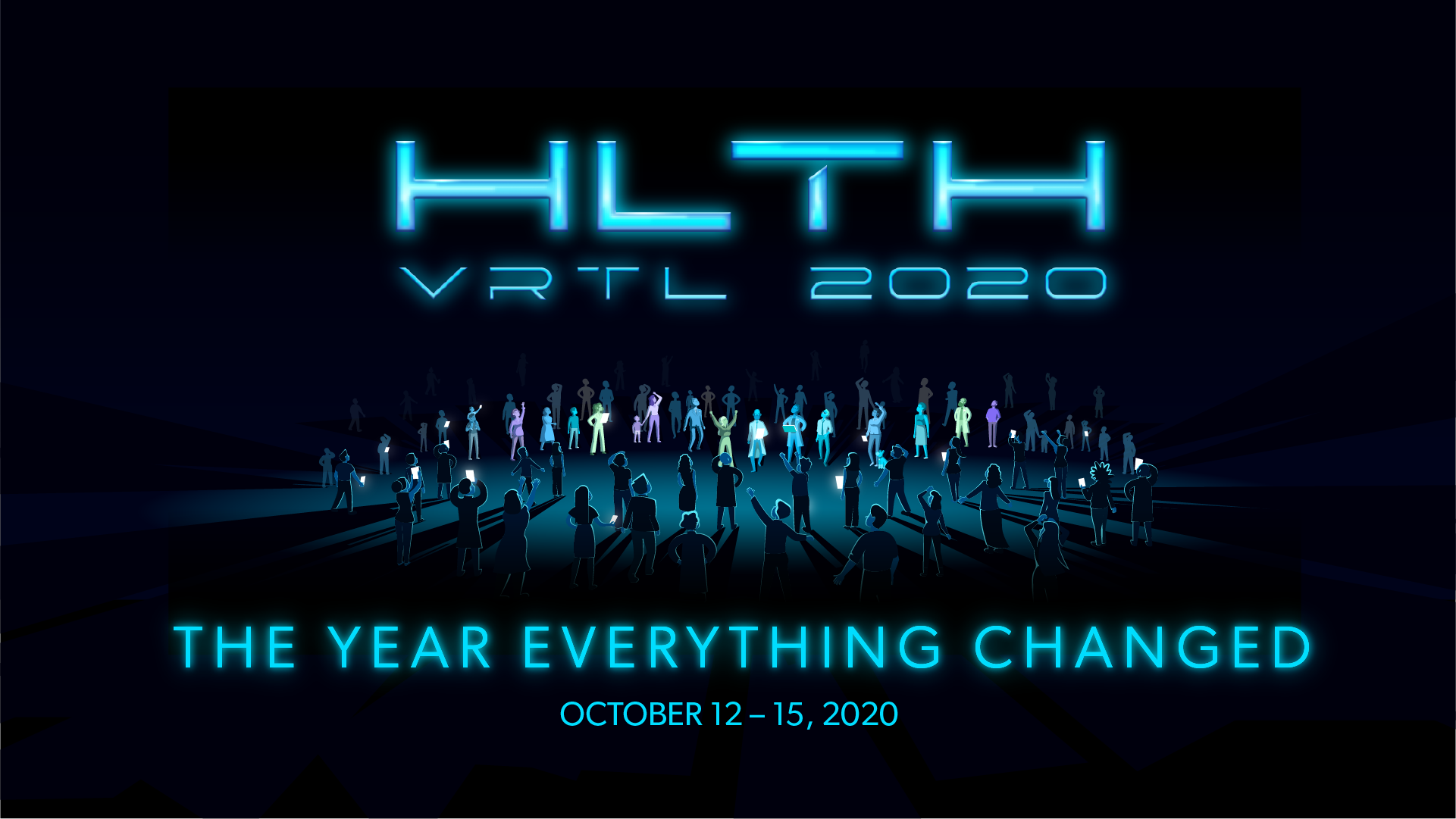