3C’s, AI and the Future of Medical Imaging 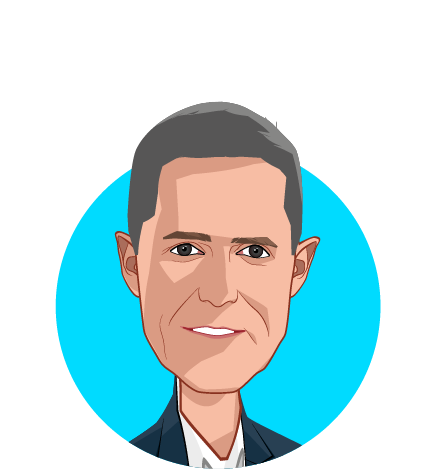 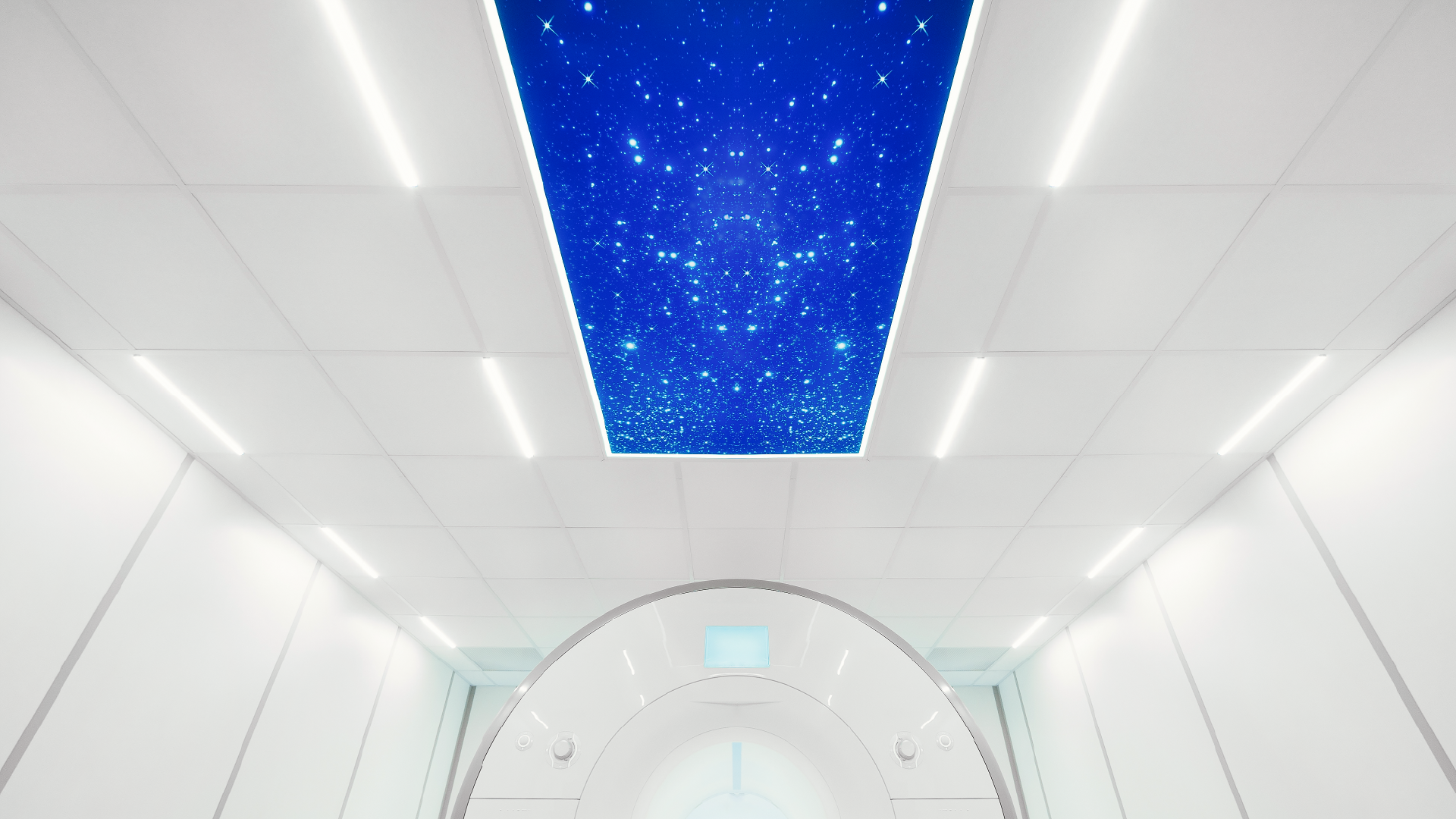 This October, I’ll be attending the HLTH conference in Las Vegas, and will be moderating a panel on artificial intelligence and medical imaging. HLTH is a premier meeting that brings together healthcare providers, investors, and innovators. The session topic got me thinking about the past, present, and future of radiology and radiologists, and what I call the 3 C’s: Collegiality, Communication, and Commoditization.

My father’s lengthy radiology career spanned more than 50 years, from 1959 to 2015. When he started, the field hadn’t changed much from the discovery of the x-ray in 1895. Although the quality of the images had improved, those images were still produced on large sheets of film that captured radiation passing through a patient’s body. With only one copy of each exam, other doctors often came to the Radiology Department to discuss challenging cases.

The period from the 1970’s through the 1990’s saw massive leaps in radiological innovation. Ultrasound, computed tomography (CT), and magnetic resonance imaging (MRI) were all introduced into clinical practice. Before these technologies became widespread, a patient experiencing belly pain or a severe headache might only receive a diagnosis after surgical intervention. The demand for imaging grew, and enhanced technology lead to subspecialization within the field of radiology. When I finished my training in the late 1990’s, radiology professionals were more likely to be subspecialists—for example, neuroradiologists, breast imagers, orthopedic imagers, et cetera—than general radiologists.

In the late 1990’s, things changed again. Leveraging advances from digital cameras developed for the general public, radiology transitioned from film exams to filmless files. Exams were interpreted on computer monitors; this technology is referred to as PACS (Picture Archiving and Communications System). Given that most medical imaging (ultrasound, CT, MRI) is computer-generated, this transition made sense; film was an unnecessary expense.

But change is hard. A colleague of mine gave a talk on PACS in the late 90’s. Many radiologists in the audience were opposed to the new technology. For them, improved efficiency meant fewer jobs. Of course, cost savings from going filmless drove the rapid adoption of PACS anyway.

Despite early fears, radiologists prospered. The amount paid for interpreting each exam went down, but quality and efficiency went up—way up. With computers, cases were easily sent to and interpreted by the right subspecialist rather than a general radiologist. Case volume and complexity also increased. Today, a radiological practice without PACS would quickly go the way of the dodo.

Given quick access to limitless exam copies and technology that streamlined dialogue among healthcare providers, radiologists intended the C in PACS to represent Communication. However, for most radiologists, the C actually stands for Commoditization. With a patient’s CT or MRI just a click away, doctors no longer need to visit the Radiology Department. It takes too long. Radiologists have become something of a faceless commodity. Although there are efforts to measure patient quality and value, the radiologist’s speed—how many reports he or she can generate in an hour—has become the universal measure of a radiologist’s worth.

This is now being done at scale. Over the course of my relatively short career (about 20 years), the practice of radiology has gone from local monopolies that cover a few zip codes to national private-equity-backed providers with over 1,000 doctors! Investment in technology and specialization certainly promises exam interpretations at a lower cost. However, these changes have disrupted the professional collegiality and cross-specialty dialogues of my father’s generation, which often proved vital in determining the right treatment for some patients. Burnout is also an issue: Evidence has shown that larger radiology groups have higher burnout compared to smaller practices.

A recent Forbes article called AI “automaggedon,” or automation technology that would oust many hardworking individuals from their jobs. Like PACS before it, some radiologists view AI as an existential threat. Not today, not tomorrow, but AI will interpret exams more accurately and more quickly than radiologists will. AI does not get flustered by previous interpretation errors or concerns of medical liability. AI never gets tired or distracted. AI can correlate other clinical information. And at scale, AI is cheaper than radiologists.

Don’t panic! AI may perform parts of a job, but is extremely unlikely to perform the whole job.

Although there is a lot of hype about AI interpreting images and negating the need for radiologists, I believe two other scenarios are far more likely to play out in the near term: Workflow automation and radiology report analysis.

First, workflow automation. Compared to the amount of time radiologists actually spend looking at and interpreting images, far more time is consumed with locating the old exam, dictating chart notes, communicating with other doctors, and following up on difficult cases. Recently I spoke to a radiologist in Chicago who had adopted a novel approach. He trained foreign medical school graduates to be radiology scribes and to do the prep work while he interpreted the actual cases. This allowed him to triple his productivity—and his income. Much of that prep work could easily be automated.

Second, although image quality today is light years away from where it started, clinical information from already-interpreted exams is being wasted. Today, radiology reports are used by clinicians to guide care, but there is no aggregated learning, and the findings of these reports are not tied back to the rest of the clinical chart in any meaningful way. Imaging reports need to actively support clinical notes, and vice versa.

Before AI could be used as the final interpreter or even as a supplemental everyday tool, it would have to overcome significant obstacles. Like airline pilots who continue to fly our planes despite autopilot, the public’s perceived risk and federal guidelines will keep radiologists in the captain’s seat for a long while. Furthermore, as investors continue to pour money into AI, seeking solutions to unique problems like brain volume for dementia or cancer detection, widespread adoption would demand AI integration into PACS. Years ago, 3D technology was introduced to imaging. I spent years never using 3D. Like most of my peers, I was too busy (or lazy?) to walk over to another computer down the hall.

Applying Lessons Learned from Radiology to Other Medical Specialties

Telemedicine has caught up with teleradiology. With advances in telemedicine, any doctor can care for any patient, anywhere. That means that competition is coming. Just like radiologists, local internists and specialists are at risk of becoming a commodity, exchangeable, replaceable. Although physical touch and the doctor–patient relationship still matter, people want 24/7 access and they’re not willing to wait. I believe—I hope—that this technology will be used for the common good, and not just for cost savings. In other words, whether for radiology or for the rest of clinical medicine, the ultimate focus should be on two things: Automating menial tasks and managing huge amounts of data. This would allow doctors to go back to being doctors rather than high-priced data-entry clerks. That’s what doctors want, and frankly, it’s what patients deserve.

From film to filmless to information automation and interpretation, the future of radiology is not in doubt. But radiologists must adapt, or they run the risk of following film into the history books, being removed as an unnecessary expense in the supply chain. A radiologist stationed at his or her computer, churning out as many exams as possible, remaining detached from the patient and the patient’s outcomes is not sustainable. Instead of viewing AI as a competitor, I see it as a tool, a collaborator of sorts, that will allow radiologists and clinicians to spend more caring for patients and less time managing data.

COVID-19 Updates with Hazel Health: The Impact on K-12 Students 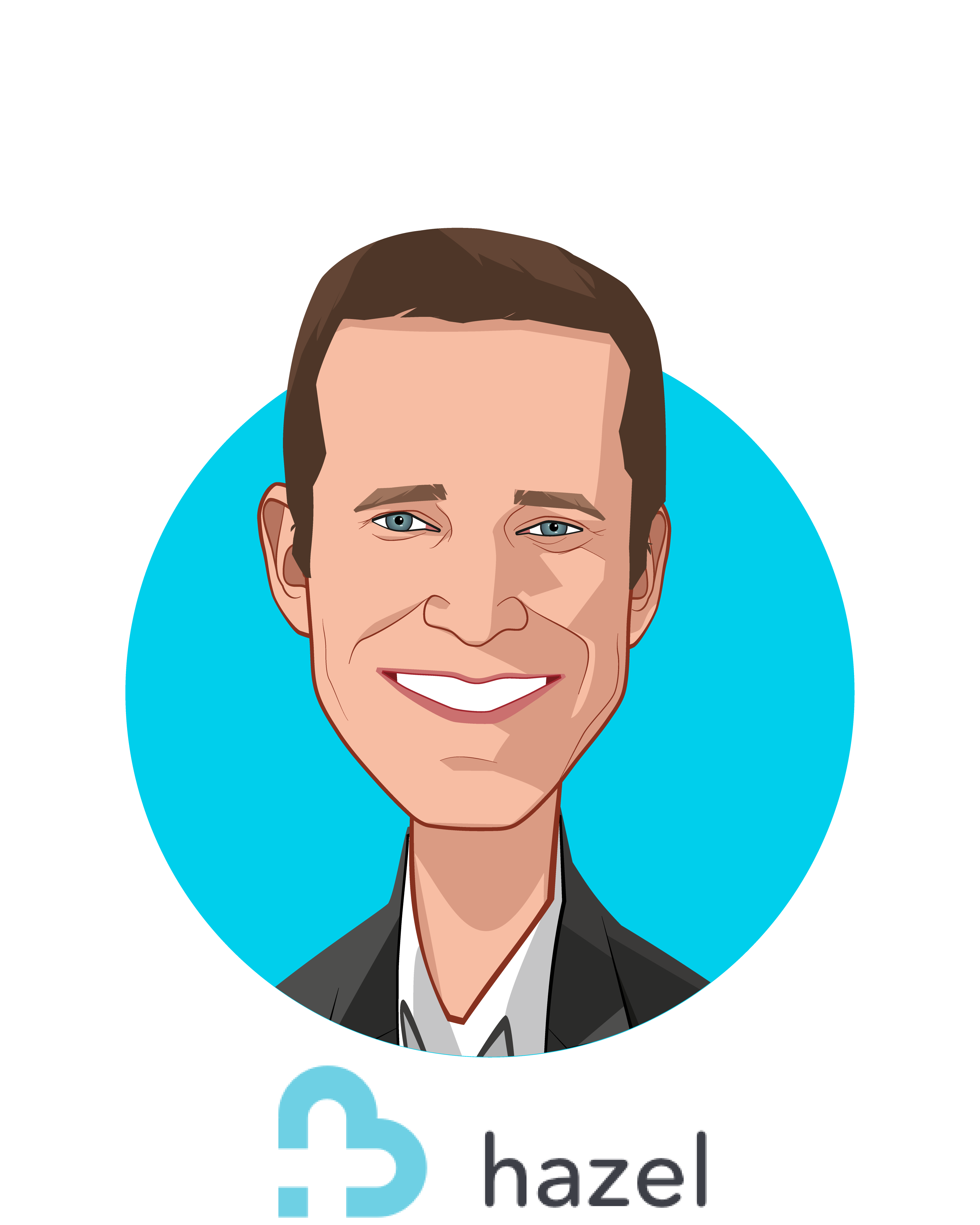 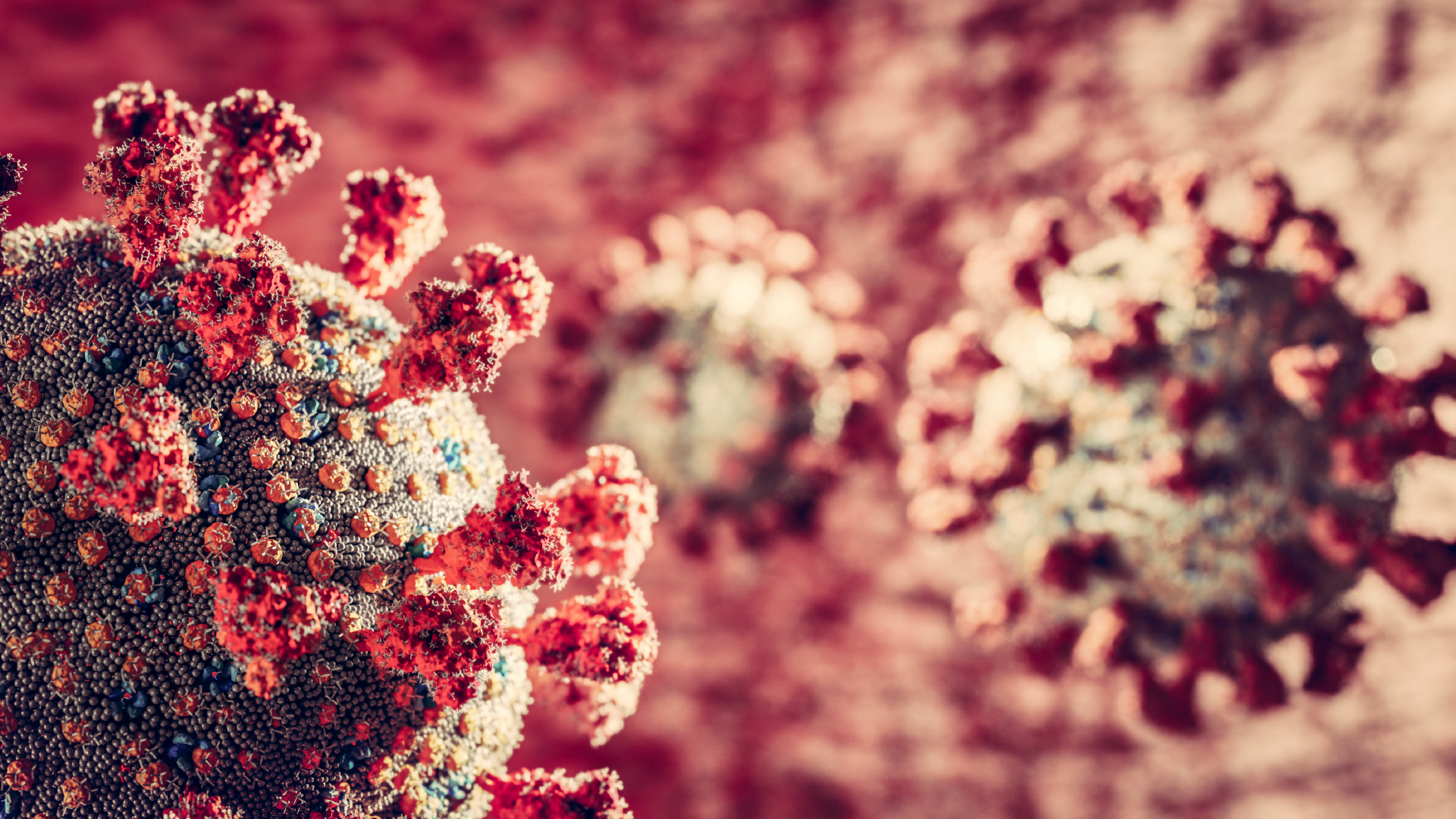 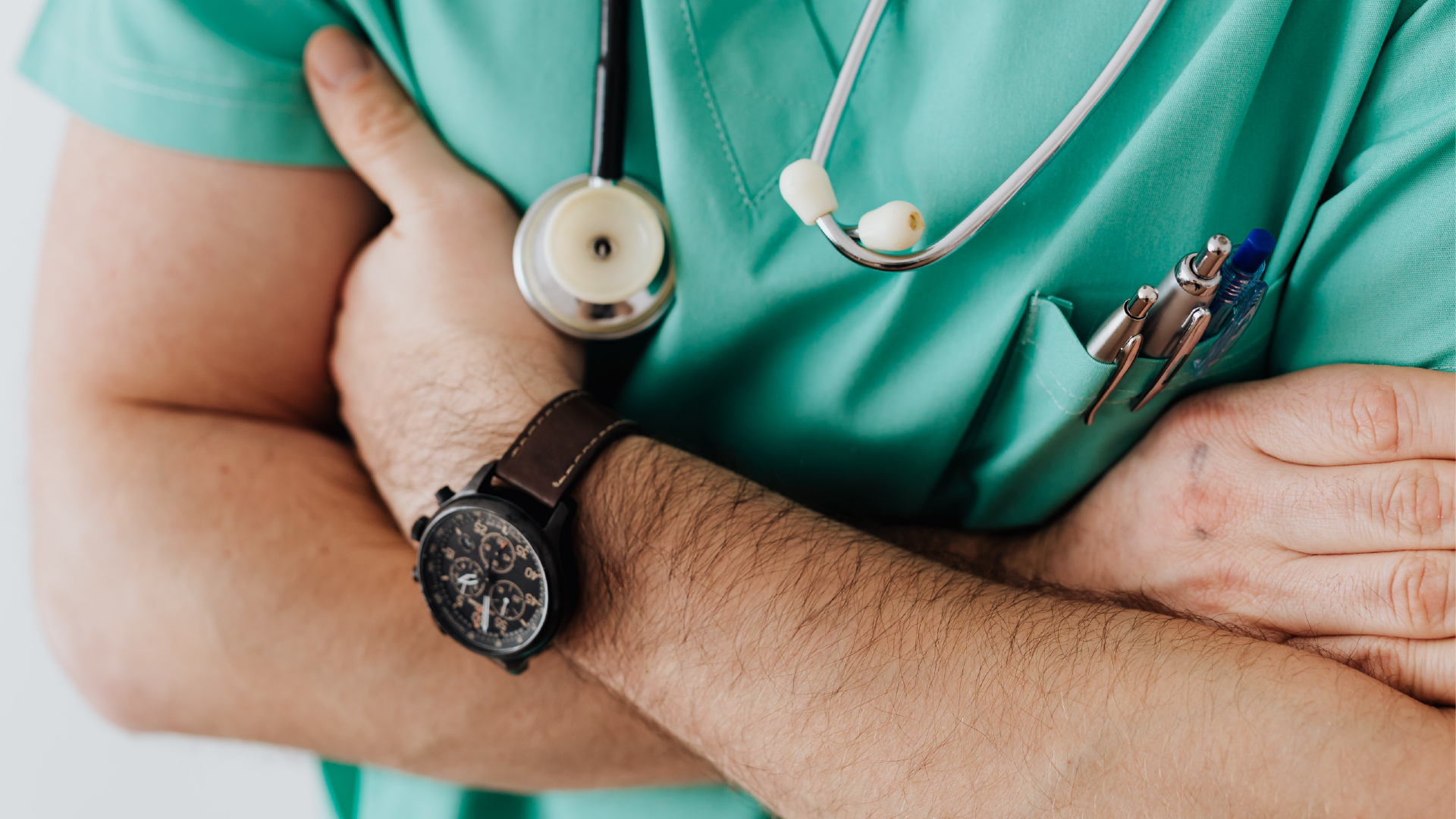 The time is now to drive high-quality, whole-person care

HLTH
About UsContact UsPrivacy PolicyTerms of AttendanceTerms of Service